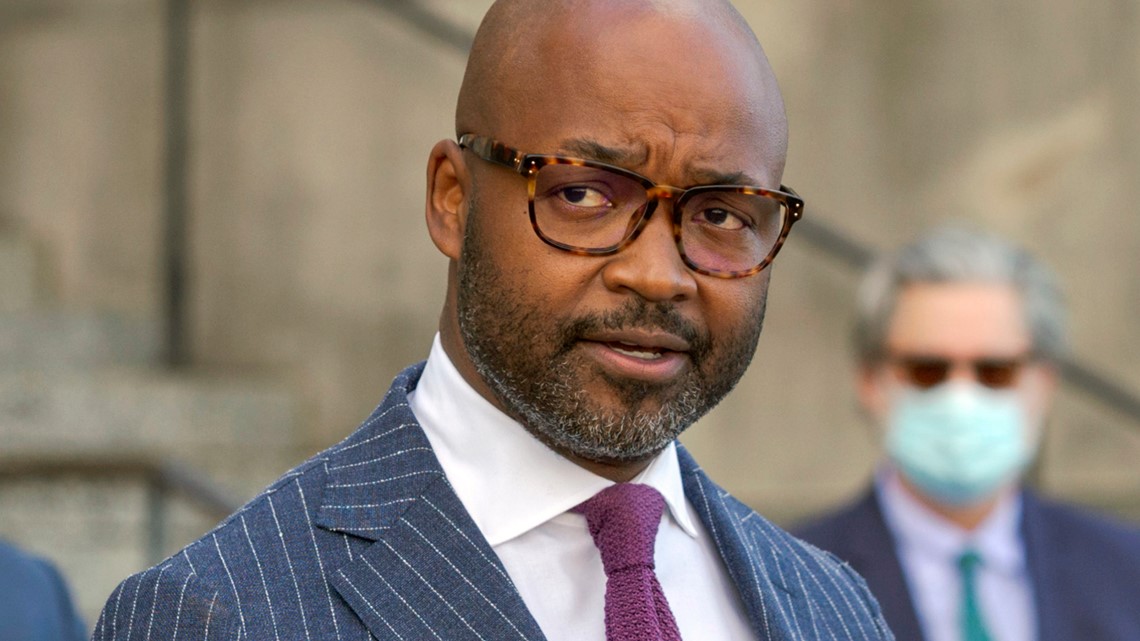 Jason Williams’ clothes, house expenses and payment to his mother are the target of lawsuits

An IRS special agent testified about expenses he says should not have been allowed on Williams’ taxes. The defense has yet to cross-examine the officer.

NEW ORLEANS — Jason Williams deducted professional fees that went to his mother, who did not provide services to the law firm and he also deducted thousands in clothing costs and a second residence, none of which should have been allowed, a special agent from the IRS testified in court on Friday.

Officer Tim Moore recounted the payment to Williams’ mother along with more than $10,000 in clothing that should not have been cleared, he said. Moore said clothing can only be deducted if it’s necessary for that type of business and something you wouldn’t use elsewhere like a hazmat suit or a police uniform.

Moore also testified that the Orleans Parish attorney’s tax form deducted $15,000 for a mortgage payment to a vacation home that had nothing to do with his business.

At one point during questioning, Judge Lance Afrik reminded the jurors that they would decide whether the deductions and expenses were legitimate or not.

Williams and his business partner Nicole Burdett are accused of deducting hundreds of thousands of dollars in expenses that should not have been authorized in an effort to protect big bucks from tax payments. Lawyers for Williams and Burdett argue that the two men entrusted their taxes to a preparer and expected him to handle them properly. The preparer, Henry Timothy, pleaded guilty to cheating on his own taxes and reached a plea deal with the government.

IRS agent Moore has yet to be cross-examined by defense attorneys because the judge ruled that certain documents that would be shown should be redacted. Moore is expected to continue to answer questions from prosecutors and be cross-examined later.

Gregory Sauzer, an attorney who worked at the law firm with Williams and Burdett from 2015 to 2018, was later called to the stand. Sauzer was also asked about Timothy, who was at the center of the case and who both sides attacked – with the defense saying he acted on his own, and the prosecution saying Timothy was hired because was a friend of the family who wouldn’t mind. tampering with Williams and Burdett’s tax returns.

Sauzer was asked if he knew Timothy, whose nickname was “Bubby”.

Sauzer said he knew he was an accountant who did Burdett’s taxes and taxes for other people.

Uebinger: Was it offered to you? (Asking Timothy to do his taxes)
Sauzer: It was an option
Uebinger: Why didn’t you want to use “Bubby”
Sauzer: He was an accountant from Westwego who did his house taxes and his nickname was “Bubby”.

Defense attorney Lisa Wayne countered by asking Sauzer that he told the government he wasn’t using Timothy (Bubby) because he already had his own prep and not because he thought he was. there was something weird.

Sauzer replied: I believe so, yes.

Judge Afrik told jurors he expected the case to end next week.

RELATED: Defense: Case hinges on tax evasion – Prosecutors: Williams and partner got what they wanted

The Lord of the Rings: Unveiling an Alternate Middle-earth

Introducing “The Futures Collection”: A Mission-Driven Apparel Collaboration with…